Beyoncé and Jay Z Are Officially a Billion-Dollar Couple

Beyoncé and husband Jay Z are set to welcome twins this summer, joining their daughter Blue Ivy, 5. Buying new baby equipment shouldn’t be much of a problem: Beyoncé and Jay Z are now officially a billion-dollar couple.Per FORBES’ list of America’s Wealthiest Self-Made Women–released today–Beyoncé, 35, has amassed a personal fortune of $350 million. The total for Jay Z, 47, has soared to $810 million per last week’s ranking of hip-hop’s richest acts (he trails No. 1 Diddy by just $10 million). That brings the couple to a combined net worth of $1.16 billion and counting.So how, exactly, did they pull it off? Ask Beyoncé, and the answer is straightforward: “I’m never satisfied,” she once told FORBES. “I’ve never met anyone that works harder than me in my industry.”See America’s Richest Self-Made Women List Here Indeed, her Formation World Tour, which wrapped up in late 2016, included 49 dates and three legs, grossing a quarter of a billion dollars. The lucrative excursion followed Lemonade–Beyoncé’s sixth solo No. 1 album–as the singer pressed forward into weightier subject matter than she’d typically explored in her early career, tying herself to the Black Lives Matter movement along the way.Beyoncé and husband Jay Z also waded into the national debate during the 2016 presidential election, performing at a Hillary Clinton event in Ohio last November and offering vocal support. Taking on a more political tone didn’t tamp down the Knowles-Carters’ financial prospects; on the contrary, they seem to be only increasing in stature–both in terms of influence and wealth.

Though Jay Z hasn’t been hitting the road as hard as his wife of late, that should change this summer with a slate of huge festival dates in the wake of a new ten-year, $200 million deal signed with Live Nation last week.

“This renewed partnership is a testament to our longstanding relationship and the talented individuals at Live Nation,” Jay Z said in a statement. “For the next ten years, we will continue redefining the live event landscape.”

Beyoncé and Jay Z have earned plenty of cash separately, and though the bulk of the couple’s wealth is tied up in his companies–Roc Nation, Armand de Brignac and others–there is plenty of synergy as well.

The Knowles-Carters both hold significant equity in Tidal, the streaming service Jay Z purchased for $56 million two years ago. The value of their stakes soared when Sprint invested a reported $200 million for a 33% of the company–valuing Tidal at $600 million and helping launch Beyoncé and Jay Z into ten-figure territory.

That should come as good news to Blue Ivy–and her pending siblings. 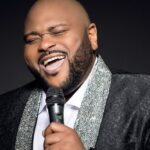 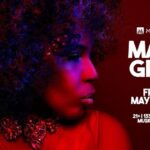