Celebrity Chef Sam Talbot (Top Chef) will be coming to Herb & Wood to kick off the first in a series of guest chef dinners that will continue next year with more high profile chefs from New York, Los Angeles and beyond. The exclusive dinner event will take place on Wednesday, October 3rd from 6-9pm. A chef, author, philanthropist and television personality from New York, Talbot was a semi-finalist on season 2 of Bravo’s Top Chef having been a mentor to Brian throughout his time on the show, named one of People Magazine’s “Sexiest Men Alive” in 2012, and is the founding Executive Chef of The Surf Lodge in Montauk, NY.

Partnering with Chef’s Roll and Chef Works, the five course dinner will feature two courses from chefs Malarkey and Talbot, passed appetizers, a dessert from Herb & Wood’s Executive Pastry Chef Adrian Mendoza and some family style courses. In addition to highlighting the San Diego culinary scene, there will be beverage pairings with each course along with a 15 minute demo by Chef Talbot and Chef Malarkey. Taking place in the Herb & Wood gallery space, there will be a limited amount of tickets sold at $100 with 10% of ticket sales going to Sam’s Beyond Type 1 foundation and can be purchased here.

Diagnosed at a young age with Type 1 Diabetes, Sam understands the impact of food on life and life on food. In 2015, Sam launched his foundation Beyond Type 1, a non-profit organization focusing on inspiring the Diabetic community, along with founders Juliet de Baubigny, Nick Jonas and Sarah Lucas.

Sam Talbot is a chef, author, philanthropist and television personality based in Brooklyn, NY. Talbot’s genuine approachability, natural charisma and profound knowledge of food and healthy living allow him to float effortlessly between the worlds of food, fashion and entertainment. Diagnosed at a young age with Type 1 Diabetes, Sam lives every hour with a deep understanding of the impact of food on life and life on food. This unique perspective has become the driving force in all of his projects and has put him at the forefront of the sustainable living movement, seeking to break down walls between the way we eat and the way we live.

Talbot is the founding Executive Chef of The Surf Lodge in Montauk, NY and during his time there it became a nationally acclaimed culinary destination. He has gone on to work on many additional endeavors all while championing his philanthropic causes and publishing his first book, The Sweet Life: Diabetes without Boundaries (Rodale). His sophomore book is scheduled for release late 2016 (Time Inc). He was a semi-finalist on season 2 of Bravo’s Top Chef – was voted “fan favorite” and subsequently named one of People Magazines “Sexiest Men Alive” in 2012.

In 2015, Sam launched several exciting ventures that are close to his heart. From his new foundation BEYOND TYPE 1, a non-profit organization focusing on inspiring the Diabetic community, Sam looks forward to expanding his portfolio and exploring new territory while remaining true to his culinary roots. In April 2017 Sam released his 2nd Cookbook titled 100% Real with Time Inc Books. 2018 is already shaping up to be a banner year for Sam. He is working on his 3rd book, a TV show and some exciting new restaurant concepts. 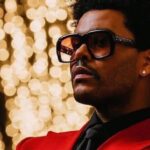 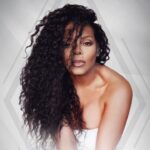