MUSIC BOX IS STANDING ROOM ONLY UNLESS OTHERWISE NOTED

Somehow in our hunger for perfection it’s become difficult for music to just be. And so when Bilal began making A Love Surreal (his latest-and fourth cd over all) the acclaimed Grammy nominated vocalist/songwriter /producer knew where he needed to go. “I’ve always wanted to make music that is so basic and simple that it can be recreated every time. Something simple like a jazz standard. On this album I let go of a lot of shit for the first time and that opened my eyes up to a lot of more stuff. It was a real complete thought.”
A soulful rumination on love’s varying rhythms Bilal describes A Love Surreal as a “musical art gallery.” As the title might suggest the cd is a reference to the father of Surrealism Salvador Dali. Although Bilal is quick to point out that he isn’t “a painting connoisseur” he loves Dali’s work. And has long been intrigued by the possibilities of fusing art and music. “When I was younger and living in New York City I became friends with a young artist who was making a living off his art. He considered himself a musician and playing guitar would get him thinking about painting. Through him I saw how I could make music out of something visual and vice versa. I was beginning to think in a bigger picture and so, when I went into A Love Surreal I was no longer just looking at things as being “just” a singer. I really put something into it.”
A Love Surreal found Bilal taking on the self -described role as “complete brain master.” In actuality he produced or co produced a majority of the cd. “I built a big landscape and put it all together when I got into the studio. I’d come up with an initial shape of a song on my laptop and take it to the studio and instead of keeping a lot of the electronic stuff I’d teach it to my band and then we’d expand from that. I’d lay down ideas, little words, mumbles and then we’d sketch out the rest of the lyrics.” Creating the cd took about a year and Bilal cites the fast pace and forward movement as a reason why “everything come out naturally.”
The first single, “Back To Love”, takes listeners on a journey through the trials and tribulations of a relationship. Self produced, the smooth meandering of Bilal’s vocals, along with the instrumentation, paints the picture of a couple navigating falling in and out of love. “It’s about getting back to the one. The initial passion and spark, the fire. In everything and at different times we all find ourselves at that place where we need to reaffirm things.”
“Butterfly” reteams Bilal and his old friend Robert Glasper; it is the third time these innovative artists have joined forces. “Robert and I went to college together but “Butterfly” is the first time we did, like, a little duet. No drums, no nothing; just piano, vocal and a little keyboards.”
Featuring KING, an all girl R&B trio from Minneapolis, “Right at the Core“ is knee deep in a sensual, aloof sound that brings to mind Prince circa 1999. “’The Core’” is an interesting song because there’s not a real lead vocal, it’s almost a choral type of vibe.”
“West Side Girl” undulates with a mysterious groove reminiscent of Sly Stone’s “Family Affair.” The song was recorded with a crew of friends including Sa-Ra’s Shafiq Husayn and up and coming jazz bassist Steven “Thunder Cat” Bruner, who Bilal compares to the late Jaco Pastorious.
Born in Philadelphia Bilal Oliver is a schooled musician and dynamic live performer whose artistry draws from jazz, soul, and hip-hop. With fans that includes Eryka Badu, Janelle Monae, Q-Tip and Ali Shaheed Muhammed and featured spots with, among others, Jay-Z, Beyonce, Diddy and Common, Bilal made his major label debut with 2001’s First Born Second. The cd sold over 300, 000 copies and announced that Bilal was an artist to watch. Bilal’s sophomore recording Love For Sale leaked to the internet before its official release and would enjoy over half a million downloads. 2010 saw Air Tight’s Revenge, which yielded the Grammy nominated “Little Ones”.
Ask Bilal how he sees A Love Surreal and he replies without hesitation. “I’ve always had a lot of information about what it is that I wanted to do but sometimes it would come off as obscure. This time I think I’ve set out what I meant to do.” Simple enough, right?

Rebecca Jade and the Cold Fact

Rebecca has been described, by many, as having a chameleon-like quality to her voice, being able to deliver each song in a unique way. Yet, she has been blessed with a sound unlike anyone else. Music lovers express how her singing induces a genuine feeling within them, and many have stated that she has the ability to transfer the emotion of each song to her listeners. Rebecca has opened for the likes of Boyz II Men, Erykah Badu, Vanilla Ice and the late Teena Marie, and sang background vocals for Kenny Lattimore. She has performed for Rev. Jesse Jackson and his guests at the Rainbow PUSH Coalition, for Drew Brees and Marshall Faulk at their Celebrity Golf Tournaments, as well as private events for Michigan State’s Basketball coach Tom Izzo and NFL Charger Antonio Gates.

Rebecca has over 23 years of recording studio experience. She’s sung demos and background vocals on many different projects and has been featured in works, including an on-going project with Kevin Flournoy (piano player for Chaka Khan) and Kevin Dorsey (former musical director for Michael Jackson and Whitney Houston, among many others), and has recorded songs for catalog with Todd Carlon, pianist for Paul Anka. She also released her debut original music project, The Jade Element and opened for Grammy-nominated musical artist, Musiq Soulchild. She has released her sophomore album with her new band, Rebecca Jade and the Cold Fact, which allowed them to open for El Debarge and earned them consecutive San Diego Music Awards, in 2014 and 2015. 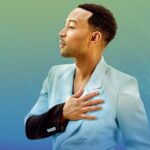